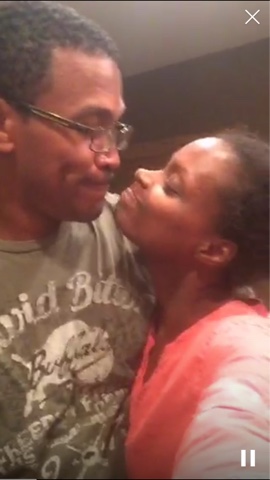 Hello to our readers and followers,

Hope everyone is having a Super fantastic Wednesday so far!
Did you know the days of the week were named after Norse Gods or giant objects in the sky?
Wednesday: Woden's Day. Woden, or Odin, was a Norse god who was one of the most powerful of them all.
So hopefully everyone has a powerful and productive day!!

Wellllll… Remember in my last post, I mentioned, there “may be something you can do for someone that you may not do, unless asked”?  Well I was asked AND compared to past relationships/acquaintances, (which we ALL do in some way shape or form, even if it’s not out loud.)  Let me say, in my defense, I feel as though I am a pretty good gentleman.  Especially if you are deserving, and Sha’ahn is definitely deserving.
Hell, you should have seen what she did Sunday morning before she left my apartment! But, I will save that for another post though ;-)

Anyways, from time to time I would shoot Sha’ahn a text, asking if she made it (to her destination), or to text me when she gets in. Prior to starting the job I am at now, my mornings were fairly hectic, so I would not always do that.  She would tell me that certain people from her past would check on her all the time. And she expected me to do the same.
Let me back track by saying Sha’ahn is unique, in that she is the FULL spectrum, lol.  You know how some people are to one end of the spectrum or the other end?  Well she is the whole thing, when it comes to wanting to be independent and catered to.  I know everyone may be thinking there needs to be a balance, but with her, I think she wants and requires both.  I'm fine with that.
In fact, I have been doing better and better.  I also think that Sha’ahn would tell everyone that pretty much, whenever she had a complaint or issue with something, I usually make the proper adjustments.  So for the last few months, I have been checking on her more and more. Just as she asked! For instance I would be speaking with her before she leaves work or home and I will say,  "text me to let me know you made it ok." What did Shaahn do? Nothing! NO text until I reach out AGAIN.
Now, mind you if I fall asleep or work at night and do not communicate with her, I go straight to the “doghouse”, lol. So I ask her, "why make a fuss?  Especially when I adjust to accommodate, you don’t even respond."
Don’t get me wrong, she may not say she has made it to her destination, but she will send me a message that says nothing about whether she made it or not.  So then I still have to ask, are you there?  Her response nearly daily is "OH, I forgot."
So everyone be careful what you wish for, because if the person loves you, they may just do it.
Also, to EVERYONE, do not start something you won’t do 5 or 10 years from now.

"Hope. It is the only thing stronger than fear. A little hope is effective. A lot of hope is dangerous. A spark is fine, as long as it's contained."  The Hunger Games

Thanks for reading, check us out ANY & EVERYWHERE

Good work, you are so great!